Most workers do not expect full-time office return 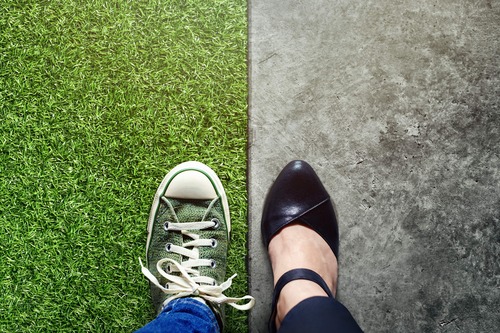 Will the learnings of the last 18 months be taken forward to the advantage of all? Interesting article with some compelling statistics, echoing our thoughts that there may be a new normal following Covid-19.

‘Most people do not believe workers will return to the office full-time after the coronavirus pandemic, an exclusive survey for the BBC suggests. A total of 70% of 1,684 people polled predicted that workers would "never return to offices at the same rate". The majority of workers said that they would prefer to work from home either full-time or at least some of the time. But managers raised concerns that creativity in the workplace would be affected.

Half of 530 senior leaders also surveyed by polling organisation YouGov for the BBC said that workers staying at home would adversely affect both creativity and collaboration - against just 38% of the general public.

Bosses at big firms such as investment bank Goldman Sachs and tech giant Apple have rejected calls for more flexibility, with the former even calling working from home an "aberration".

Managers and members of the public surveyed for the BBC agreed, however, that neither productivity nor the economy would be harmed by continuing work-from-home policies. BT's chief executive Philip Jansen, for example, told the BBC that it is planning to let most of its office workers work on-site three or four days of the week in future - although thousands of its engineers won't be offered the same flexibility. "We are a people business so collaboration, dynamism, teamwork, creativity... is really important to us," he said.

According to the research, more than three-quarters of people believe their boss will allow them to continue working from home some of the time. According to the latest official figures, the proportion of workers who did at least some work from home in 2020 increased to 37%, up from 27% the previous year.

'I want to be in the office as much as possible'

Maisie Lawrinson joined TalkTalk through the government's Kickstart jobs scheme in July. Under the scheme, Jobcentre work coaches match young people aged between 16 and 24 who are on Universal Credit to new, temporary, roles. While Maisie is grateful for the six-month contract, she's keen to be in the office as much as possible so she can make a good impression. "I've never had a job where I'm speaking to people online or emailing," she says, referring to her past experience in retail. She adds: "I'm more productive when I am in the office because it's more of a professional environment and you get to see people." Having started the role remotely, she only got to meet her colleagues for the first time in-person recently. "We recently had team drinks and I finally got to meet everyone. It was really nice, I got to see everyone in person and get an idea of who they are, rather than just what their email is." She says she will still take the opportunity to work from home some days, though, perhaps towards the end of the week.

More than 60% of those surveyed thought young people would struggle to progress without face-to-face contact or in-person mentoring. As experts have pointed out, under-25s in particular were hit hard by job losses or reduced hours at the onset of the pandemic.

The bespoke research for the BBC suggests that some inequalities may be exacerbated by the pandemic, while others might have improved. Half of the workers surveyed thought that women's careers might be boosted by home-working, with childcare duties being less of a hindrance.

One enthusiastic home-worker is Antony Howard, who works in procurement for a large defence company in Manchester. He's found big benefits to logging on remotely for the last 16 months, from avoiding expensive coffee shops to cutting down on travel time. "My health and carbon footprint have never been better. I'm no longer commuting 92 miles a day and I'm more productive," he says. While he's also been saving money by shopping more locally, he does worry about those newer to the company.

"We've had 17-year-old apprentices starting in September who have never been on-site," he says. "For me as a 57-year-old, hybrid working is a great scenario, but for the younger ones starting out, they need that workplace experience, that structure." Even so, he hopes that the pandemic will "recalibrate" the workplace. Rather than being a novelty, he says, "I think this is the new now."

Recruiters are finding it tricky to navigate the expectations of candidates demanding hybrid and remote working, and companies who want people back in the office for at least some of the time. Kam Vara says people are turning down jobs which don't offer remote working. Kam Vara, a consultant at Katie Bard recruitment, says it has been a very challenging few months. "It used to be that people would fit their lives around their work. Covid is teaching people that it doesn't work that way anymore", she says. "People are turning down opportunities because they don't offer remote working, and they would rather sit tight and wait for the right job to become available". She adds: "It feels quite messy right now. What an employer is looking for is some sort of order. To get people into the office and have some structure. But what employees are looking for is something very different. It's going to be like this for a while until the jigsaw fits together."

In England, Prime Minister Boris Johnson recommended a "gradual return to work" over the summer as coronavirus restrictions eased. Across the rest of the UK, people are still being advised to keep clocking on remotely where possible.

And working remotely full-time for office staff could well become the norm again. On Tuesday, Health Secretary Sajid Javid told MPs that advising people in England should work from home again would be part of the government's contingency plans if there was considerable pressure on the NHS this winter. Prof Andrew Hayward, a member of the Scientific Advisory Group for Emergencies, added that the policy could make "a significant difference to transmission if we get into trouble". He told BBC Radio 4's Today programme on Wednesday: "The most important and effective way of reducing spread of the virus is not to be in contact with other people." ‘